Julian of Norwich vs. William Wilberforce

February 15, 2016 Comments Off on Julian of Norwich vs. William Wilberforce 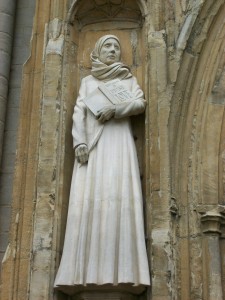 We know very little about Julian of Norwich. Her name is derived from the place where she devoted herself to a life of solitary prayer, study, and writing—the Church of Saint Julian. Her works date her life to the fourteenth and fifteenth centuries, during a period of rampant epidemics of the Black Plague.

In 1373, at around the age of thirty, Julian suffered from a severe illness during which she had visions of Jesus Christ. She wrote them down immediately, and the 11,000-word text is believed to be the earliest surviving book written by a woman in the English language.

Around 1393, Julian explored the meaning of the visions in a longer version of Revelations of Divine Love. The book was widely read and is still embraced by both Catholics and Protestants as offering important and profound mystical insight into the nature of God. Julian believed sin was a necessary step to knowing one’s self and accepting God’s love. She taught that we sin because we are naive. To learn we must fail, and to fail we must sin. 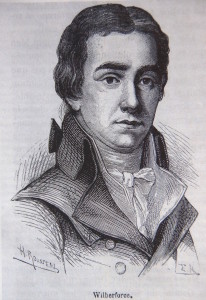 William Wilberforce was born on August 24, 1759. Family bequests left him independently wealthy, which allowed him to pursue a life of his own choosing. An affluent, educated politician and Christian who lived out his beliefs, Wilberforce defined himself through his devotion to dismantling slavery throughout the British Empire.

During a trip to the European continent, his spiritual life began to blossom, thanks to Bible reading and a commitment of service to God. Wilberforce’s embrace of Christianity prompted his interest in governmental and human rights reform.

Elected to the House of Commons in 1780 (a seat he held for forty-five years), Wilberforce was someone who commanded an audience. He was introduced to the horrors of the slave trade in 1787 by a group of anti-slave activists. His epiphany was stunning, and his dedication to abolishing slavery was lifelong. A journal entry indicated, “God Almighty has set before me two great objects, the suppression of the Slave Trade and the Reformation of Manners.”… Read more here.

You are currently reading Julian of Norwich vs. William Wilberforce at Blog of St. Luke in the Fields.