The next match up is Egeria vs. Thomas Ken.

Egeria was a Spanish nun who traveled throughout the Holy Land and the Near East from 381-384 CE, recording what she saw and experienced. Her letters home provide the earliest record of Christian liturgy during Holy Week that we have.

It is, however, not only liturgy enthusiasts who are Egeria fans. Medieval scholars also appreciate her, because her writing is the oldest example of non-church Latin in existence, and provides us with exciting glimpses of how the language developed. Are you a fan of the word “the?” So was Egeria! She was one of the first writers to use it...Read more here. 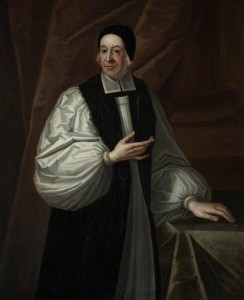 Thomas Ken was a celebrated preacher, writer, and teacher. His works have endured through the years, though perhaps his most noted piece of writing is the doxology sung at so many parishes as gifts are being brought forward, “Praise God, from Whom all blessings flow; Praise Him, all creatures here below; Praise Him above, ye heavenly host; Praise Father, Son, and Holy Ghost.” This line, in so many ways, summarizes Ken’s focus in life and ministry.

He was focused on the source of true gifts and unswayed by blandishments, bribes, or intimidation. His abiding faith in the Triune God as the grounding of his life gave him a prophetic courage to speak truth no matter the cost to his career. Lord McCauley (an ecclesiastical opponent) said of Ken, “His character approaches, as near as human infirmity permits, to the ideal of perfection of Christian virtue.”...Read more here.

You are currently reading Lent Madness: Egeria vs. Thomas Ken at Blog of St. Luke in the Fields.