February 26, 2015 Comments Off on Lent Madness: Bede vs. Cuthbert

On the Lent Madness site, Kamehameha creamed William Laud capturing a whopping 84% of the votes! On the St. Luke’s site, however, a surprise…William Laud WON by 57%

Today’s match up is Bede vs. Cuthbert. 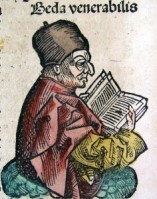 The Venerable Bede is among Christianity’s greatest scholars, having produced numerous commentaries on scripture, hagiographies of the saints, and studies of chronology and timekeeping. He is best known for his Ecclesiastical History of the English People, the premier source of information about the development of Christianity in England from the time of Augustine’s arrival in 597 until 731 CE.…Read more here. 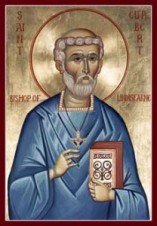 In the Venerable Bede’s The Life and Miracles of St. Cuthbert, Bishop of Lindesfarne, we read, “He was affable and pleasant in his character…he would introduce, in the meekest way, the spiritual benefits which the love of God had conferred upon himself. And this he took care to do in a covert manner, as if it had happened to another person.”

Cuthbert’s life, marked by miracles and adventure, was also a life of profound kindness....Read more here.

You are currently reading Lent Madness: Bede vs. Cuthbert at Blog of St. Luke in the Fields.